Tuesday, 6 August 2013
If you have read my Day 1 blog, you'd be knowing that I carried a ton of stuff all over New Delhi Railway Station. Here's a pic of my bike fully loaded, just to give you an idea of the amount of stuff I carried, and walked 4-5 kilometers (excluding hiking up & down the three-storey railway high staircase 10-12 times) in Delhi heat wearing a thick two-layered jacket.
After an eventful first day at New Delhi Railway Station, instead of starting the very next day, I decided to stay put & rest, and start a day later. Also, the Delhi heat was killer, hence, I spent major part of the day indoors - in the air-conditioned (looking at the A/C's condition, not sure if one can call it that, but nevertheless.) room.

I had been to Delhi but always used public transport for traveling within the city. This was the first time that I had a vehicle with me. I always wanted to ride on Rajpath and around the India Gate. I rode all the way to India Gate oblivion of the fact that road leading to India Gate is closed for vehicles. Bummer!

I had heard about this place called American Diner at India Habitat Center. I went around looking for it but couldn't find the place. The heat and the traffic soon got to me, and I decided to return to my hotel. By now, stomach had started growling like a T-rex. Friend suggested that I should try out shawarma at this particular place in Lajpat Nagar. Must say, they was super delicious. Half the price of shawarmas we get in Mumbai and twice as tasty. And legend has it, they ain't anywhere close to the tastiest ones they make in GK(?). Yet, to try those.

Those shawarmas were only high point of my time in Delhi.

Off topic: By the way, Delhi, a cycle rickshaw at a petrol pump? Please explain. 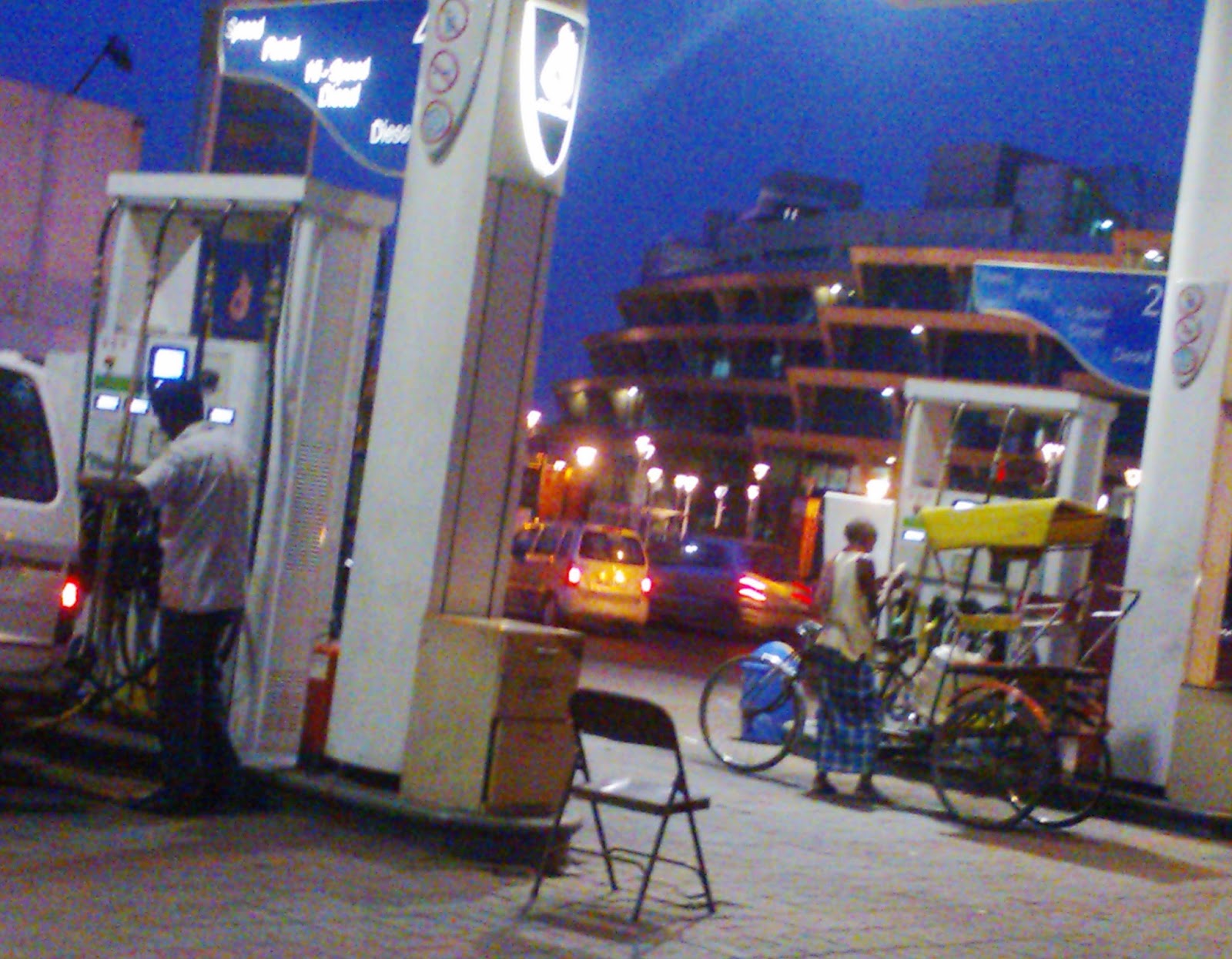 Day 3 was when I started my actual ride towards Leh. First stop: Ambala.